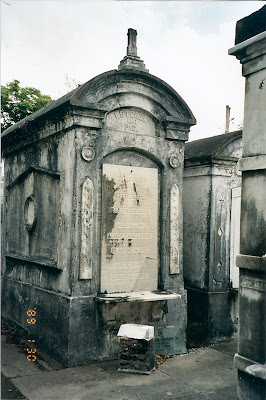 When the winds are howling and darkness falls remember this.....the Celtics called this day Samhain which is old Irish and means "summers end". 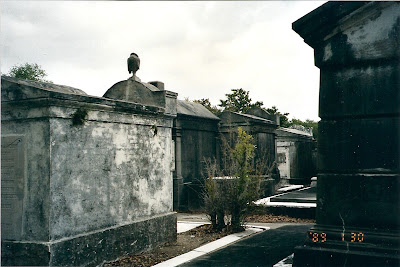 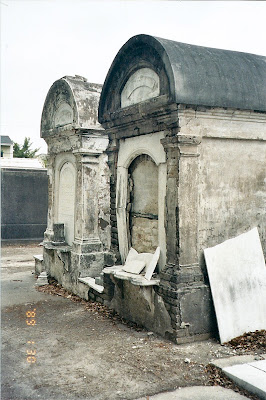 The Celts believed that the border between this world and the otherworld became thin on Samhain, allowing spirits, both harmless and harmful, to pass through. 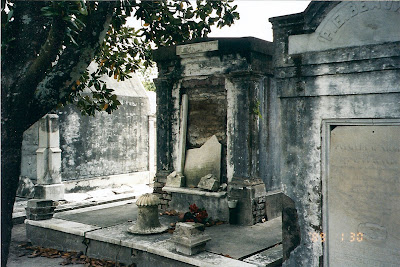 It is believed that the wearing of costumes and masks could ward off the harmful spirits. 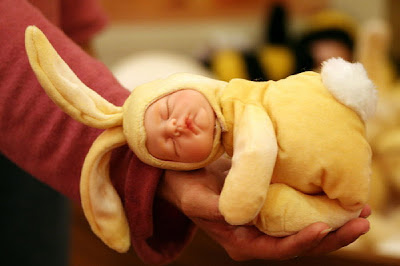 So don your best costume to keep the spooks at bay!
HAPPY HALLOWEEN EVERYONE!

All tomb pictures are mine taken in New Orleans, the bunny is courtesy of Anne Geddes.
Posted by Acquired Objects at 1:24 PM

Just love that scary rabbit! How did your painting go? did you get that door painted black this weekend?

Gorgeous photographs! Thanks for the celtic tale too!

I did not know any of this. Thanks for the education. Cute Bunny... have a great Halloween.

Oooh the baby is too much! That's the kind of Halloween I like!

I had no idea about that! Love it!